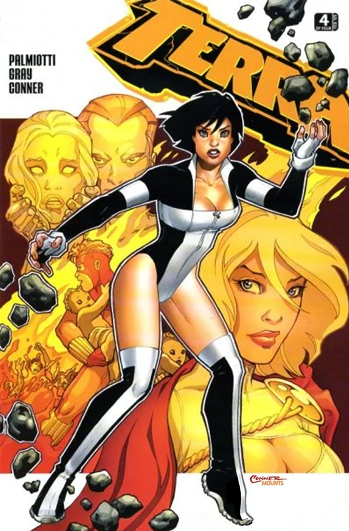 Terra is a 2009 four issue DC Comics miniseries by Justin Gray and Jimmy Palmiotti with art by Amanda Conner. The comic stars Atlee of the subterranean Strata culture who has volunteered to become their new champion on the surface even though the process to become champion drove the previous two mad. Atlee learns about secret identities from Power Girl after her constant use of her powers causes her to black out and decides to get permission to use superhero name Terra on the surface from the brother of the now deceased first girl to use that name.
Advertisement: