Literature / The Easy Part of Impossible 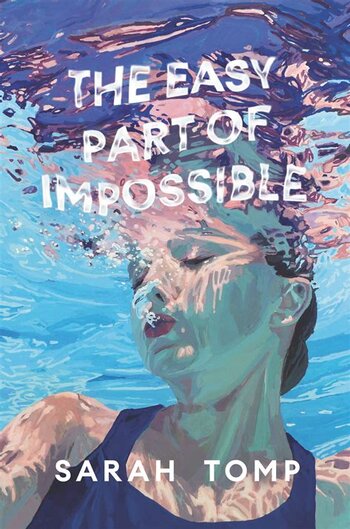 The Easy Part of Impossible is a 2020 young adult novel by Sarah Tomp.
Advertisement:

Victoria "Ria" Williams was a diver on track for the Olympics, until she slipped and hurt herself while running across the deck. She scratched the meet, and her abusive coach Benny was so angry at her for skipping such an important meet that he kicked her out of the team. Diving was Ria's life, especially since her ADHD makes schoolwork hard without a way to burn off all her energy, and now she doesn't know what to do with her hours of free time. To fill it, she starts spelunking with Cotton Talley, an autistic boy she was friends with in elementary school, and his best friend Leo.

The Easy Part of Impossible contains examples of: