Theatre / The Lady From the Sea 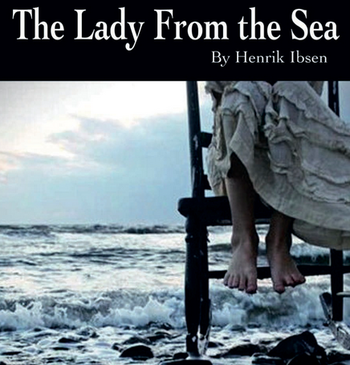 The Lady from the Sea (Fruen fra havet) is a play written in 1888 by Henrik Ibsen. The play tells the story of Ellida Wangel, the wife of a district physician, Dr. Wangel. She married him after his former wife died, and he was left a widower with two half grown daughters, Bolette and Hilde. Ellida has hidden secrets, and the play tells how those secrets come back to haunt her, in the shape of a former suitor, a sailor she gave her heart to years before. When he suddenly shows up, Ellida freaks out, and is more than a little tempted to elope with him.

This play contains examples of the following tropes: