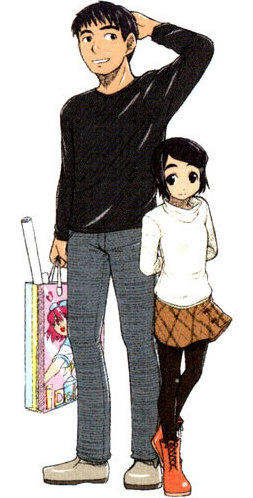 Kouta was your average otaku, living alone in his apartment, surrounded by his figurines and anime body pillows; until Kanau came long. All of a sudden, Kouta has a daughter he never knew existed. Not only that, she is going to live with him, with no support from the mother who suddenly left her in his care. Now Kouta has to learn to be a father, all the while dealing with the rest of the crazy otaku of the Higansou.

Otaku no Musume-san ("The Otaku's Daughter") is a Seinen comedy manga by Stuhiro that centers primarily around the life of Kouta and Kanau, father and daughter. It ran in Dragon Age from 2006 to 2011.