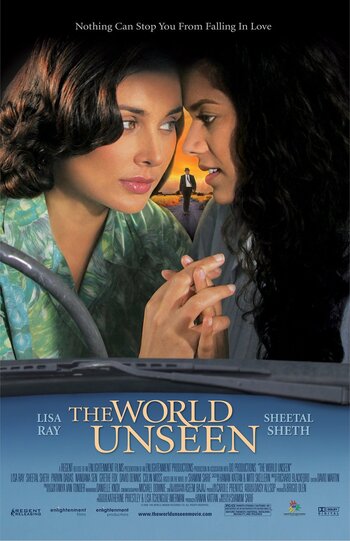 The World Unseen is a 2007 historical drama written and directed by Shamim Sarif (of I Can't Think Straight fame) and starring Lisa Ray and Sheetal Sheth.

In 1950's South Africa, during the early days of apartheid rule, meek, subservient housewife Miriam encounters Amina, the bold and headstrong leader of the Location Cafe, which flouts apartheid laws by serving everyone, regardless of race. When Amina takes a job working on Miriam's family farm, while sheltering Miriam's sister-in-law (who is wanted for marrying a white man, in violation of the laws against mixed-race marriages), Miriam becomes increasingly attracted to Amina, but must hide her attraction from her jealous husband Omar.