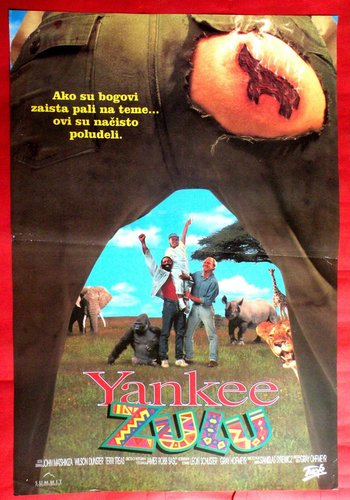 Yankee Zulu (known in South Africa as There's A Zulu On My Stoep) is a 1993 South African comedy film starring popular comedian Leon Schuster. An Afrikaner named Rhino and a black man named Zulu who used to be his childhood friend, reunite only to find themselves in a kerfuffle regarding a check worth half a million rand, a fascist and Rhino's crazy ex-wife.