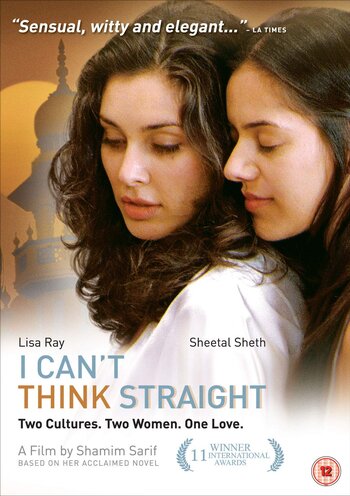 In the upper echelons of traditional Middle Eastern society, Reema and Omar prepare for the marriage of their daughter Tala. But back at work in London, Tala encounters Leyla, a young British Indian woman who is dating Tala's best friend Ali. Tala sees something unique in the artless, clumsy, sensitive Leyla who secretly works to become a writer. And Tala's forthright challenges to Leyla's beliefs begins a journey of self-awareness for Leyla. As the women fall in love, Tala's own sense of duty and cultural restraint cause her to pull away from Leyla and fly back to Jordan where the preparations for an ostentatious wedding are well under way.

As family members descend and the wedding day approaches, the pressure mounts until Tala finally cracks and extricates herself. Back in London, Leyla is heartbroken but learns to break free of her own self-doubt and her mother's expectations, ditching Ali and being honest with her parents about her sexuality. When Ali and Leyla's feisty sister Yasmin help throw Tala and Leyla together again, Tala finds that her own preconceptions of what love can be is the final hurdle she must jump to win Leyla back.