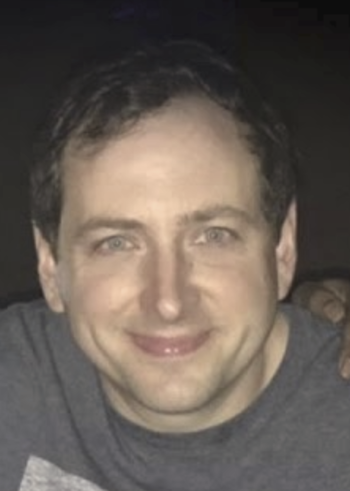 Scott Braden Cawthon (born June 4, 1978) is an independent game developer. His early career included Christian games and simple platformers, as well as the platformer/RPG/adventure game hybrid The Desolate Hope, which was the Spiritual Successor of The Desolate Room (download here

) and the construction and management game Chipper & Sons Lumber Co.. However, most of his games were harshly criticized, as the characters' stiff movements were likened to unnerving animatronic creatures. Discouraged, Scott decided to make one more game before ending his game career. Running with the criticism, he created a game about a security guard working the night shift at a restaurant whose mascot animatronics have murderous minds of their own. This was Five Nights at Freddy's.

The game was far from the end of his career, however, as online exposure and Let's Play videos skyrocketed FNAF to fame. People enjoyed its combination of suspense and outright horror, and the characters proved to be very popular note  albeit sometimes controversial . The vague storyline also intrigued people and spawned a number of theories. In response, three terrifying sequels were made...in the course of one year... with a fourth sequel out in 2016, and then another sequel in 2017. A spinoff game called Five Nights at Freddy's World was released in 2016 as a lighthearted RPG starring the characters from the games.

On June 16, 2021, Scott announced his retirement from the Five Nights franchise, citing age and family, though noting that the franchise will continue in someone else's hands.

Tropes applying to Scott's works include: