Literature / Five Nights at Freddy's: The Twisted Ones 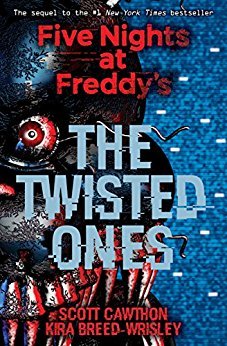 You may be ready for Freddy, but you are not ready for ME!
Advertisement:

Five Nights at Freddy's: The Twisted Ones is the sequel to The Silver Eyes, released on June 27th, 2017.

A year after the events in Freddy Fazbear's Pizza, Charlie is trying to move on from her traumatic past by starting afresh in a new school. That is, until a series of bodies are discovered in her area that are very familiar to the murders, and something very creepy and potent is stalking Charlie.