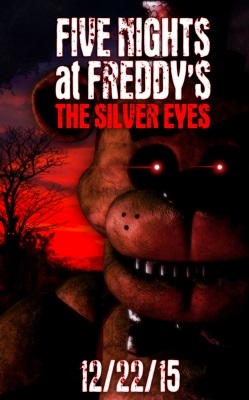 Reader, be ready — you're in for some Freddy...
Advertisement:

Ten years have passed since the infamous child murders happened at Freddy Fazbear's Pizza and ripped the town of Hurricane, Utah apart, and a young woman named Charlotte (or "Charlie"), having spent those years trying to forget it, meets up with her old childhood friends on the tragedy's anniversary. Curiosity leads them back to the old pizzeria (which, incidentally, was owned by Charlotte's father, who also built its famous life-size animatronics), hidden but still standing. Unfortunately, those animatronics aren't quite what they were back then...

It was supposed to be released 12/22, but both the Kindle and paperback versions wound up getting released several days earlier, although this time it actually wasn't a result of Scott's habit to release things early, but instead of Amazon publishing the book faster than expected. A paperback edition was released in October 2016.