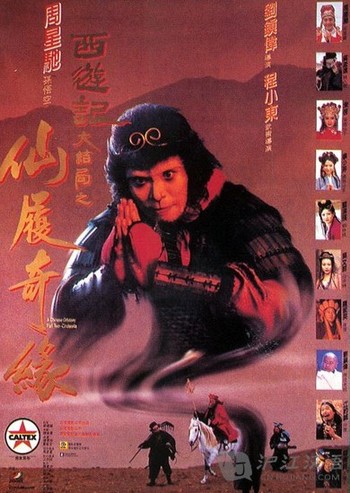 A Chinese Odyssey (大話西游) started as a two-part 1995 Hong Kong fantasy-comedy film directed by Jeffrey Lau, and starring Stephen Chow. Very loosely based on the Wu Cheng'en novel Journey to the West, the story of the two parts are as follows:

In 2017, the TV series A Chinese Odyssey: Love of Eternity (大话西游之爱你一万年) which further explores and combines all three films was released.

This franchise contains examples of the following tropes: