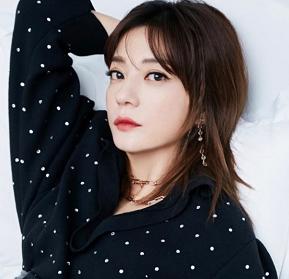 She discovered acting by accident in 1993, when her hometown was chosen as the location of the shooting of Hua Hun, a film starring Gong Li, and she got to play as an extra. In 1995 she starred in a Live-Action Television series, Yu Tian You Gu Shi, and in the feature film Penitentiary Angel. Her more notable roles since then include Xiao Yan Zi in Princess Returning Pearl (her Star-Making Role), Sue in So Close, Ah Mui in Shaolin Soccer, Yao Mulan in Moment in Peking, Sun Shangxiang in Red Cliff, and the main character in Mulan: Rise of a Warrior.

In 2006, she started her Master's program in Directing at the Beijing Film Academy, which she completed in 2012. In 2013, she released her first feature film as a director, called So Young, which was also her graduation project. The film was released in theatre to commercial success, breaking many box office records, and she becomes the first female director whose debut feature made over 100 million RMB at the box office.

She married her husband, businessman Huang Youlong (黄有龙), in 2008 in Singapore. Their daughter, Huang Xing (黄新), was born in 2010.

Besides her acting and directing career, she is also very involved in charity work and fundraising, with a focus on natural disaster relief in China.