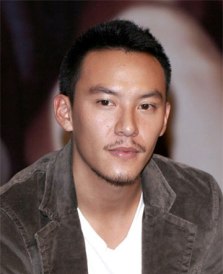 Chang Chen (張震, Pinyin spelling: Zhang Zhen) is a Taiwanese actor who has earned fame starring in both art-house and big-budget movies.

Born on October 14, 1976 in Taipei, Taiwan, he started acting at a young age and, in 1991, was chosen by Edward Yang to star in A Brighter Summer Day (牯嶺街少年殺人事件) and later in Mahjong (麻將). He then worked with Wong Kar-wai in Happy Together (春光乍洩) and, in 2000, co-starred alongside Chow Yun-fat, Michelle Yeoh and Zhang Ziyi in Crouching Tiger, Hidden Dragon.

He has played in 19 other films since then, including Betelnut Beauty, Three Times and Red Cliff.

He is not related to Joan Chen (Chen is his first name).