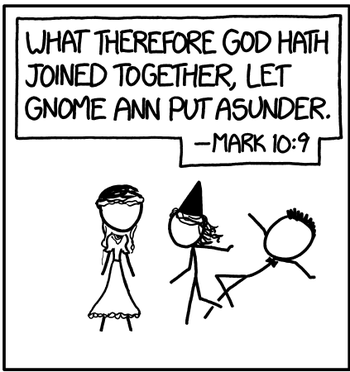 A character or non-character in a show, named (and celebrated) by fans after a line they misheard.
Advertisement:

Also not to be confused with Mondegreen Gag, which is something different but similar despite sharing an origin and half a name (this trope is created by the other).

Sub-trope of Fan Nickname. See also I Am Not Shazam.