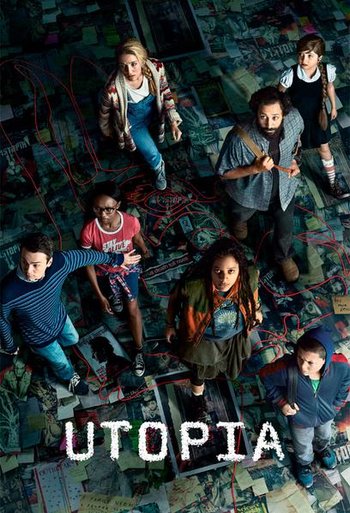 Utopia is a darkly comic Conspiracy Thriller created by Gillian Flynn, and is an American remake of the British series of the same name. The was released on Prime Video in September 2020 and ran for one season. Dennis Kelly, creator of the original British series, received credit as an executive producer.

The plot concerns a group of conspiracy theorists who believe that underground comic books called Dystopia and Utopia contain coded messages about a global conspiracy to wipe out humanity with a supervirus. They turn out to be more correct than they expected and must go on the run from enigmatic assassins with the help of a fugitive depicted in the comic books.