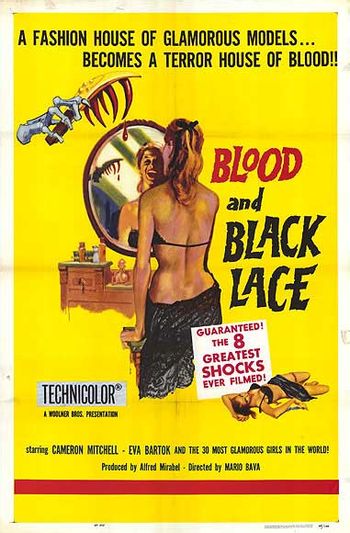 The film, starring Cameron Mitchell and Eva Bartok, concerns the stalking and brutal murder of several fashion models by a white-masked killer who is desperately attempting to recover the diary of Isabella, one of the models and the first victim, containing potentially scandalous information on the fashion house's various indiscretions, including forced abortions, blackmail, and drug addiction. It soon becomes a race against time as the diary changes hands repeatedly, separately pursued by the police investigating Isabella's murder, and the mysterious figure who is willing to kill to prevent its secrets from being revealed.

It is regarded as one of Bava's finest films and a shining example of what a Giallo is.