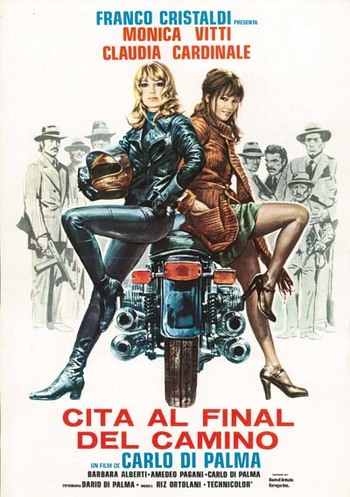 The titular character (Vitti) is a seemingly independent and free-spirited woman who comes across a dissatisfied laundry worker (Cardinale), who yearns for her lifestyle and decides to run away with her. Vitti's character, claiming she's on a journey to save her lover, reluctantly agrees to let her come along on the condition that they separate in Naples.

Note: Both main characters suffer from No Name Given, so for practicality's sake, they shall henceforth be referred to as Monica and Claudia. If the actresses need to be talked about, use their last names.