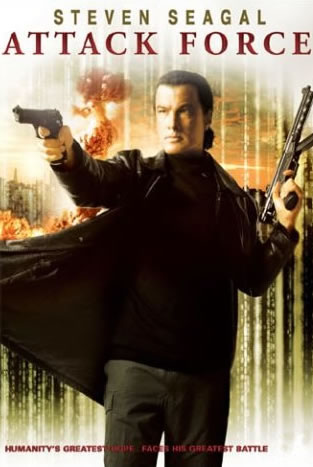 One of numerous action movies starring Steven Seagal that have been released direct-to-DVD after Half Past Dead bombed.

Seagal; plays Marshall Lawson, the leader of some elite paramilitary force. After an opening with the credits superimposed over some blurred footage of what appear to be strippers dancing, we cut to him and his team blowing up and shooting some bad guys whose identity is never explained at what appears to be an abadoned warehouse. Next thing, they're in Gay Paree, and two men from the team get massacred in their hotel room by a hooker they pick up in a strip club. Marshall, investigating the deaths, gets tangled up in some impenetrable plot involving a bad guy dumping a drug called CTX into the city's water supply to turn the inhabitants into savage killers. Or something.

Was originally going to be about aliens. To accomplish the change, they redubbed a few of Seagal's lines. It's noticable.