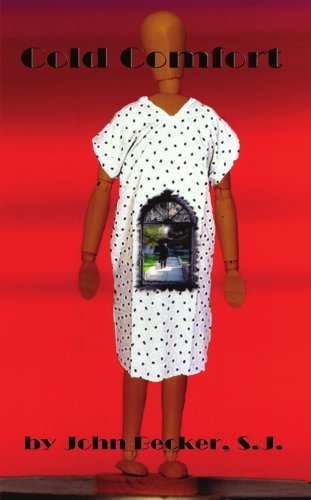 "Hey Father, what’s going on? Are you getting mixed up in another murder?”
—Tony Santos, Zero Tolerance
Advertisement:

However, don’t mistake this as a case of Real Life Writes the Plot! These are no Slice of Life stories, but murder mysteries. Someone, probably related to one of Father Wolfe’s students somehow, ends up dead, and the old priest is inevitably entangled in its resolution. The motives behind the violence also relate somehow to a Christian belief, so the characters and the audience can learn a little something on the way. The plot is also revealed to parallel that of a reading assignment Father Wolfe’s students are studying.

Oh, and there are some puns thrown in here and there.

Father Becker’s first novel, Father, Forgive Them (2002), is concerned with abortion. A charismatic abortionist, Doctor Curtland, winds up dead, and the seeming murderer is his own son, Larry. However, despite Larry having fired at his father multiple times, no bullets are recovered; in fact, Dr. Curtland has no signs of trauma anywhere, yet he’s still dead. Father Wolfe must clear his student’s name by discovering the true cause of death—and despite his friendly manner, Dr. Curtland had managed to make a lot of enemies.

The sequel, Cold Comfort (2005), is about infidelity. When Kino’s Jesuits find Gina Wainwright’s pregnant corpse locked up their freezer, Father Wolfe must figure out how she got there, and who had killed the well-loved trophy wife of Senator Gene Wainwright. Did someone want her out of the picture to get to Gene? Or had Gina been a little too well-loved, by someone other than her husband?

Zero Tolerance (2009), published posthumously, is a response to the sex scandals that have recently plagued the Catholic Church. In response to Bishop Klein’s successful campaign against the Family Freedom abortuary, young men begin to blame priests of having molested them when they were children. Due to the Vatican’s zero tolerance policy, which removes priests from active duty upon suspicion of sexual abuse, the Arizona diocese is quickly losing its practicing clerics. The only chance to crack open the plot is when one of the phony accusers is murdered right outside Kino’s campus…