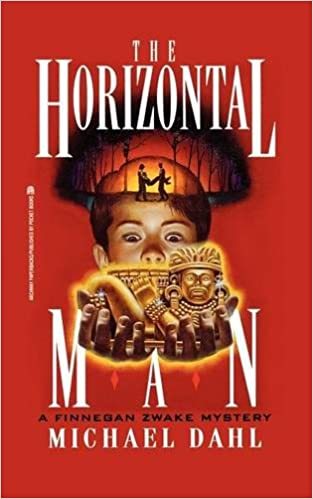 Michael Dahl's Finnegan Zwake novels were a series of young-adult murder mysteries which started in 1999. They follow the titular thirteen-year-old protagonist and his mystery-writer uncle Stoppard in their attempts to track down Finn's missing parents, who disappeared eight years ago on an archaeological expedition in Iceland. Along the way, they encounter other archaeologists, paleontologists, mystery writers, ice tycoons, pirates, the mysterious Ackerberg Institue, and, at least once per novel, homicide.

The series to date consists of:

The ending of The Coral Coffin clearly sets up a sixth installment, but the series has remained at only these five books for six years to date.