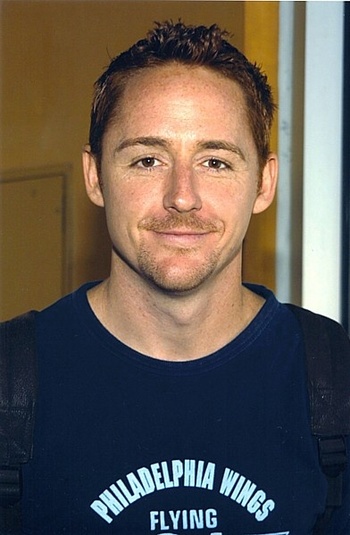 Scott Richard Grimes (born July 9, 1971 in Lowell, Massachusetts) is an American singer, songwriter, actor, and voice artist. He got his start in acting as a child, when he starred in the Cult Classic horror Critters. He's gone to have well-received appearances in ER and Band of Brothers. He currently stars as Steve Smith in American Dad! and Lieutenant Gordon Malloy on The Orville. In May 2019, he married his Orville costar Adrianne Palicki but then divorced 2 months later.