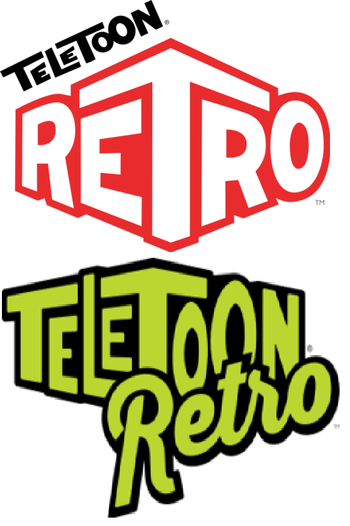 Teletoon Retro was a former programming block on Teletoon that aired classic cartoons. After a hiatus, the block returned in 2007 to coincide with the launch of a spinoff channelnote Interestingly, this was actually the second effort to launch the channel, the first being an unsuccessful attempt in 2000. As with Teletoon, the brand is owned by Corus Entertainment.

While largely unheard of outside of Canada, the channel can be summed up mostly succinctly as this: if Teletoon is traditionally thought of as the Canadian counterpart of Cartoon Network, then Teletoon Retro can be thought of as Canada's version of Boomerang. Teletoon Retro is dedicated almost entirely to cartoons, but whereas Teletoon primarily targets kids, Retro is marketed to older, more nostalgic audiences, especially parents who want to share their childhood shows with their kids. As a result, iconic cartoons of the pre-cable television years are the mainstay of the channel, including compilations of Golden Age theatrical animated shorts, Hanna-Barbera's library of classic animation, and Merchandise-Driven 80s cartoons. In the 2010s however, 90s shows like early Cartoon Network originals and Fox Kids series would also be added to Teletoon Retro's library, as the network's license dictated that all of its programming must be at least 10 years old.

As a Canadian television network, Teletoon Retro is subject to Canadian Content laws, meaning that a certain percentage of its daily programming must be Canadian in origin. As a result, many Canadian and Canadian-American co-productions of the 80s and 90s aired on the network (particularly classic series from the Corus-owned Nelvana), including The Raccoons, Beetlejuice, ReBoot, and Inspector Gadget. One notable difference from Boomerang is that, while they've flirted with Network Decay here and there, having aired a few Puppet Shows (Fraggle Rock and The Banana Splits both being in the initial lineup when the channel debuted), and even some completely live-action series in their later years (like the 1966 Batman series and Mighty Morphin' Power Rangers), they remained consistent about keeping contemporary programming out to the end. Their most "recent" series was Nelvana's 2003 Animated Adaptation of The Berenstain Bears.

As with Teletoon, Retro is a bilingual service, with the French version of the channel (called Télétoon Rétro) launched on September 4, 2008. Unlike with Teletoon's French and English versions, Télétoon Rétro's programming remained mostly consistent with that of its English counterpart from beginning to end, although unlike the English counterpart, it showed retro anime and old Preschool Shows as well. The French version was also somewhat less faithful to the "nostalgic" theme of the channel compared to its Anglophone counterpart, with prominent Teletoon mainstays Johnny Test and Totally Spies! being counted among its programming.

In August 2015, Corus announced the shutdown of Teletoon Retro effective September 1, 2015, being replaced with the Canadian version of Cartoon Network in some regions, and the Canadian Disney Channel in others. Some of the channel's programming thus returned to Teletoon to be aired in graveyard slots, but this was ultimately short-lived. Nonetheless, Teletoon Retro remains fondly remembered by longtime Canadian TV viewers, being the most widely subscribed specialty channel in the country throughout its 8-year run and avoiding most of the problems that have plagued its American counterparts.