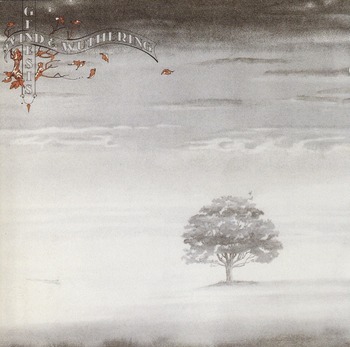 "Like the dust that settles all around me, I must find a new home."
"Masters of the wonders... weavers of fables... spinners of myths and mysteries... the storytellers of music. Genesis."
"Hear Genesis: Genesis Here."
—Taglines from the album's advertising campaign.
Advertisement:

Wind & Wuthering is the eighth studio album by Genesis, released in 17 December 1976 by Charisma Records in the United Kingdom and Atco Records in the United States. It was the final album to feature guitarist Steve Hackett, whose departure led to the next album being called ...And Then There Were Three.... It was also the first time that the band recorded out of their native UK, since the success of the A Trick of the Tail tour had them relocate to the Netherlands.