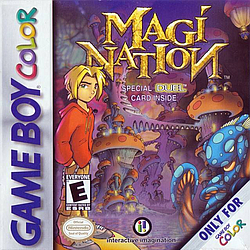 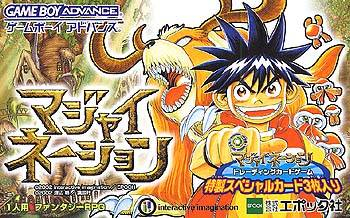 Magi-Nation is a 2001 video-game for the Game Boy Color developed by , the main character is an American named Tony Jones who becomes Trapped in Another World.

The 2002 game マジャイネーション "Majiyai Nēshon", released on the Game Boy Advance, was a remake that came out only in Japan, and was heavily connected to a manga based on the series, complete with a different art style. Tony was also swapped out for a Japanese character named Dan.

There was also a planned MMORPG titled Magi-Nation: Battle for the Moonlands planned for released in 2008, but never made it past beta.