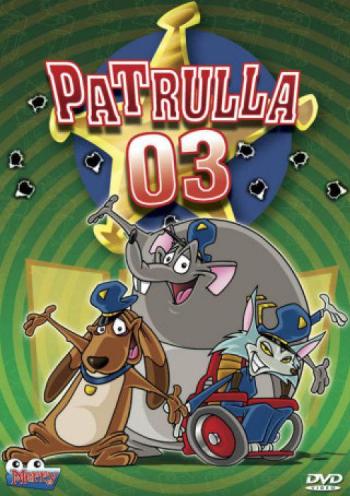 Patrol 03 (Patrouille 03) is a French animated television series that aired in 1997 and was broadcast on Pop in the United Kingdom.

The show centers on a trio of animal police officers called Shorty, Wilfred and Carmen who solve crimes in the city of Los Diablos. The villains of the show are Police Chief Pamela Bondani and her mole assistant, Professor Molo, who are always trying to take over the city.