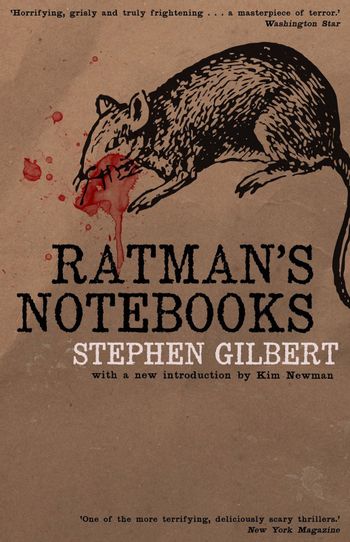 "Tear him up!"
Advertisement:

Ratman's Notebooks is a 1968 British horror novel by Stephen Gilbert. Written as a series of diary entries, it tells the story of a reclusive man who discovers he can train rats to do his bidding. Initially, he uses them for some creepy-but-innocent fun. Then he graduates to using them for thievery and finally murder.

Much like Robert Bloch's Psycho, the book seems to have been influenced by real-life murderer, Ed Gein.

It is perhaps best remembered for its two movie adaptations, both called Willard. The first was made in 1971 and starred Bruce Davison and Ernest Borgnine. The second, made in 2003, starred Crispin Glover and R. Lee Ermey. The 1971 movie also had a sequel, Ben, released in 1972. The Michael Jackson song of the same name was written for this movie and plays over the end credits.

Another thing that may or may not be worthy of note is that the novel is set in Britain while all three movies are set in the USA.