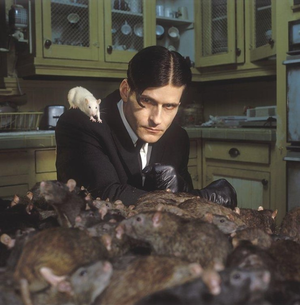 Marge: There's a family of possums in here!
Homer: I call the big one Bitey.
— The Simpsons, "Marge vs. the Monorail"
Advertisement:

Not content with petting domestic animals at home, or even some wild animals in the woods, some go so far as to welcome potentially harmful wild animals into their homes and workplaces.

Sometimes this is simply out of sheer ignorance as to how dangerous and/or unhealthy this is, others may be fully aware of it and just see it as Worth It.

This does not refer to cases where specific creatures that happen to be from species associated with pest status actually have practical roles, or have been sufficiently domesticated by someone who knows what they're doing.

Not to be conflated with Friend to Bugs, though, as one can adore "cute" pests such as non-domesticated rodents while still hating bugs, or conversely adore the least pestilential of bugs while not letting the cute pests' cuteness cause one to treat them more like pets than one should. Contrast Reduced to Ratburgers, when a person's urge for contact with vermin derives from them being desperate enough to eat the pests. Can in some cases be an example of Pet Baby Wild Animal. See also Admiring the Abomination and Fluffy Tamer.

Truth in Television, of course, but let's not single out specific real-life people for this!