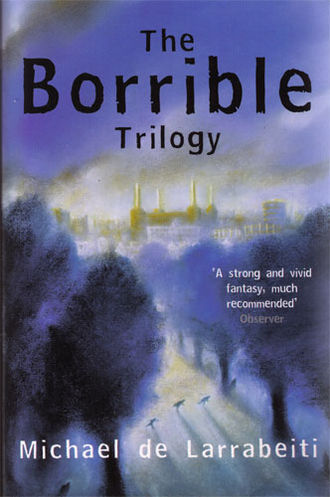 The Borrible Trilogy is a series of three Young Adult novels by British author Michael de Larrabeiti (1934-2008), set in London and comprised of The Borribles (1976; also known as The Borribles: The Great Rumble Hunt), The Borribles Go For Broke (1981), and The Borribles: Across the Dark Metropolis (1986).
Advertisement:

Borribles are runaway children who are transformed by obscure means, gaining pointed ears and ceasing to age — unless and until their ears are clipped by their various malevolent enemies, who despise their freedom. They may be intended as a savage satire of The Borrowers; their antagonists in the first novel, the rat-like, fascistic Rumbles, are certainly a clear parody of The Wombles.