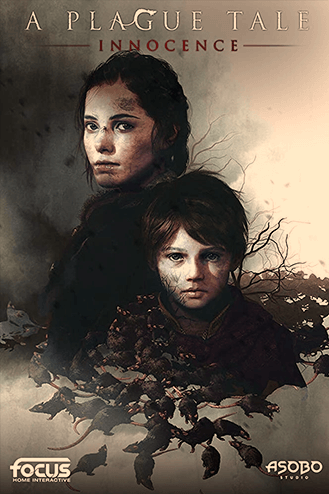 "I won't ask again. Where is your son?"
"In good hands."
Advertisement:

Set in France, during the early stages of The Hundred Years War, the game follows Amicia de Rune who, along with her little brother Hugo, must escape the encroaching Inquisition and the swarms of diseased rats during one of the worst pandemics in history: The Black Death.