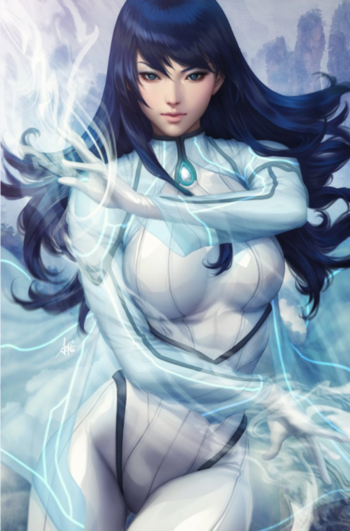 "My name is Lei Ling. I'm an architect. If you want something beautiful, you call me. But sometimes the people of this city call me by a different name..."

Aero is a comic book series published by Marvel Comics as part of the Marvel: A Fresh Start initiative. It has an all-Chinese creative team (Zhou Liefen writes, Keng draws) and is translated to English by Greg Pak. It is a spin-off from New Agents of Atlas.

In the city of Shanghai, China, Lei Ling lives a double life. By day, she is a famed architect. By night, she is Aero, Shanghai's wind-controlling champion.