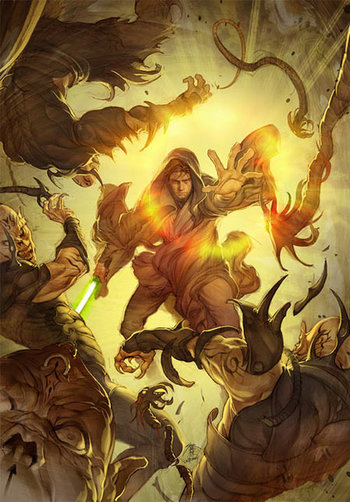 "Don't kriff with a Jedi grandmaster, son!"
New Jedi Order gaiden! Follow the story of Finn Galfridian, a Force-sensitive prince trying to avenge his home planet after the Yuuzhan Vong take it over.