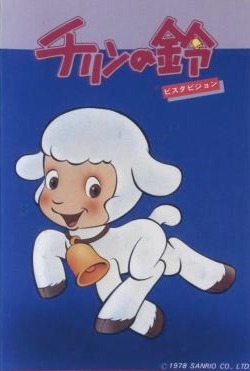 Chirin no Suzu (チリンの鈴 – Literally translated as "Chirin's Bell"), released out of Japan as Ringing Bell, is a children's book by Takashi Yanase, later adapted into an anime film by Sanrio, about an adorable little lamb named Chirin (voiced by late seiyuu Minori Matsushima), who wears a bell around his neck. He is warned by his mother not to stray past the fence around the farm that the sheep live on, for the Wolf King lives in the nearby mountains and will surely eat him. Chirin does as he's told, and lives in happiness.

Until one autumn night, the farm is attacked by the fearsome Wolf King, and Chirin's mother is killed trying to protect him. Confused and angered by this, Chirin runs off to find the Wolf King. At first he plans to kill the wolf, but finds that he's far too weak. Instead, he becomes the Wolf King's apprentice, no longer wanting to be a weak sheep, but instead wanting to become a strong wolf like him. Things go downhill from there.

In its native Japan, the story has been retold in many forms, including a kamishibai

, school plays, puppet shows, even dramatic readings. For those who are interested in the book, click here for the Japanese text

and here for an English translation.

Since the original book's release and the success of the 1978 animated film. Chirin has become a Japanese pop culture icon, while the story quickly became a pop culture staple with Japanese audiences.

After Yanase's passing in 2014, a special exhibit dedicated to the book and film

◊ in Japan between the Spring and Summer of 2015 (which was "Year of the Sheep" and the 70th anniversary of the end of World War 2). The exhibit featured artwork from the film, animations cells

Discotek Media released the film adaptation on DVD and Blu-ray in 2014.

"Today is a day like any other day"
"And tomorrow will be no different than today"
"The breeze is gentle and smoothing. Its yawning sigh"
"Only blows the flowers in the pasture to and fro"