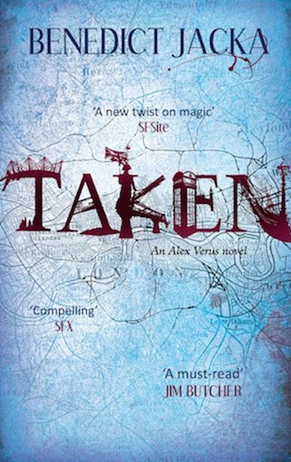 "My name is Alex Verus. I'm a mage, a diviner. In mage terms I'm unaligned, which means I'm not affiliated with the Council but don't count myself as a Dark mage either."
Advertisement:

Alex Verus runs a magic shop in London, and he's a diviner. His magic lets him see the probability of future events, predicting what'll happen by seeing the various possibilities ahead of him. It makes him very good at finding things out, but not so good when it comes to brute force. As a result, he tends to get approached by other mages, who are less good at finding things out but who possess an abundance of brute force which they're more than willing to use if they don't get their way.

The twelfth and final book was released in 2021.