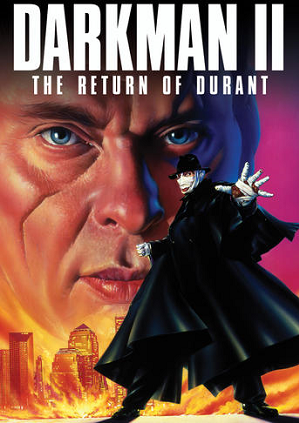 The first sequel to Darkman, released in 1995, with Darkman now played by Arnold Vosloo.

Turns out that Strack's man Robert G. Durant survived being in the center of an exploding helicopter, and simply fell in to a coma. Upon awakening from it, he decides to become the top dog of the criminal underworld once again, and Darkman has to stop him.