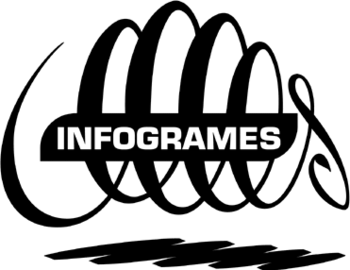 Infogrames Entertainment SA is a French Video Game publishing company. Founded in 1983, it was for a long time one of the video game powerhouses of the country alongside the likes of Ubisoft and Microïds. In the US though, they're mostly famous for buying the remains of Atari from Hasbro in 2001. Later renaming both themselves and their main publishing arms (GT Interactive Software and Hasbro Interactive, the latter of which they also got from the Atari deal) into Atari SA, Atari, Inc. and Atari Interactive (after previously being renamed Infogrames Interactive) respectively.

Video games published and/or developed by this company: