Film / Cabin by the Lake 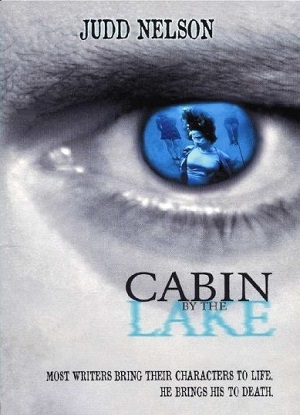 Stanley Caldwell (Judd Nelson) is suffering from writer's block while writing the script for a by-the-numbers Slasher Movie. As his agent pesters him to get on with his work, he decides to put some of his favorite hobby into the story: serial murder. Stanley is actually an emotionless psychopath who kidnaps young women, keeps them captive inside his waterside cabin in the woods, then drowns them in the nearby lake. He keeps the corpses in an underwater cemetery he frequents.

His latest victim Mallory is miraculously saved by a local diving crew just after he dropped her off and left her for dead. The cops discover Stanley's crimes, but given the size of the lake and the number of boat owners can't narrow down the suspect. With this turn of events Stanley tries to write a different ending to his story...

It was followed by a 2001 sequel, Return to Cabin by the Lake.