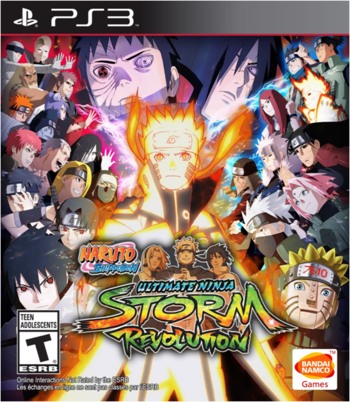 in Shonen Jump on November 27, 2013. The game features 118 playable characters, including a new roster addition drawn by Masashi Kishimoto himself. Rather than continue the Fourth Shinobi World War Arc and follow the plot of the manga or anime, the game consists of a series of mini-episodes detailing the backstories of certain characters, as well as a Filler "Ninja World Tournament" arc.

The game has a 2016 sequel, the final Storm game, called Naruto Shippuden: Ultimate Ninja Storm 4, which was first announced for PS4 and later revealed to be on both Xbox One and Steam.