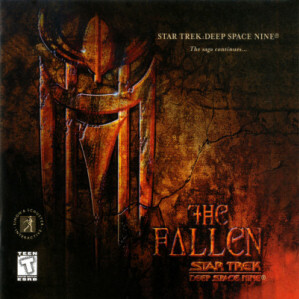 A single-player, third-person shooter by The Collective and published by Simon & Schuster, set in the Star Trek: Deep Space Nine universe. It loosely follows three novels by Judith and Garfield Reeves-Stevens called Millennium: The Fall of Terok Nor, The War of the Prophets, and Inferno.

While responding to a Bajoran distress signal, the USS Defiant finds itself under attack by an enigmatic new race called the Grigari. Meanwhile, Major Kira visits Obanak Keelen, an old friend she fought alongside with during the occupation. Obanak has rejected his people's faith in the Prophets since the occupation, and has instead turned to the Pah-Wraiths.

Each of the three protagonists has their own campaign, although they do occasionally go through the same or very similar levels. In those instances, they have their own objectives, though.