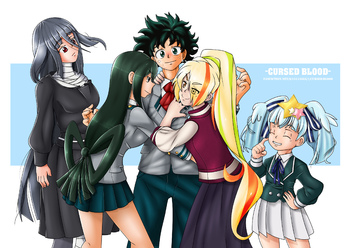 Izuku was born with a Quirk, just not the kind of Quirk he wanted, or the kind that was liked by those around him; now he has to find his place among the heroes, with a curse that seems fit for the darkest villain.

is a My Hero Academia fanfiction by Magnus9284

where Izuku has a complex regeneration quirk with a few... darker applications.

Can also be found here on AO3