Literature / The Hero with a Thousand Faces 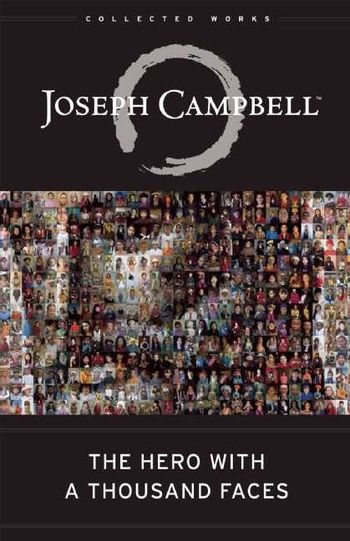 Many things are Older Than They Think, and This Very Wiki is no exception. In the days of yore where the mere idea of the Internet was a pipe dream, and the secrets of the first computers were either lost to history or covered up by nervous post war governments, one Joseph Campbell published his seminal work in 1949: The Hero with a Thousand Faces, a comparison of classical mythology that focused on the archetypal hero and his journey. In essence, it's his attempt to render these stories down to their common tropes, then demonstrate how these tropes originate from archetypes encoded within the human brain.
Advertisement:

The work became a lot more well-known after George Lucas cited the work as a major source of inspiration when writing the first six Star Wars movies (which also served as a pretty big Colbert Bump for the work as a whole). Since then, it has become a major source of School Study Media for anyone involved in creative writing careers, and its themes are commonly discussed in many literature courses.

The Hero with a Thousand Faces discusses the following tropes:

The Hero with a Thousand Faces has chapters or sections discussing the following tropes by name at length: