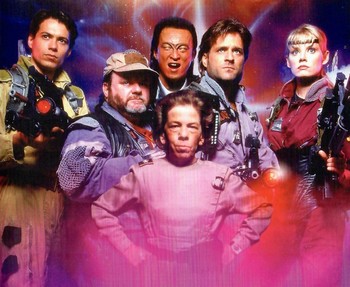 Set in 2104, it depicts a force of quasi-military police, known as the "Space Rangers Corp.", which defend the colonists of Fort Hope against crime and the perils of space exploration. The TV series focuses on Ranger Slingship #377 and its misfit team.

Due to poor scheduling and scripting problems, it was cancelled after six episodes — only four of which were aired in the U.S., and out of order at that. In spite of this it was well-received internationally, has turned into a cult TV show, and has since become available on VHS and DVD.

All the Banshees in the universe won't stop us from bringing you these tropes: