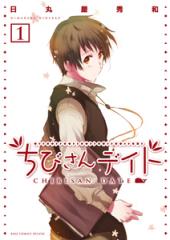 Seiji, on the cover of the 1st volume
Advertisement:

On the crescent-shaped island of Nantucket in the 1960s lives Seiji, a young Japanese artist. This heartwarming story is about his daily life and interactions with the people there.

Seiji's friends include Suehiro-san, a potter and Seiji's mentor, Fischer, his good friend, and the Baker sisters, Candy and Margaret.

As for the plot: Nothing much happens.

Chibisa Date is a manga written and illustrated by Hidekaz Himaruya, which was serialized from 2009 to 2013 (starting out in Comic Birz, but later moving to Comic Spica in 2010) and compiled into four volumes.