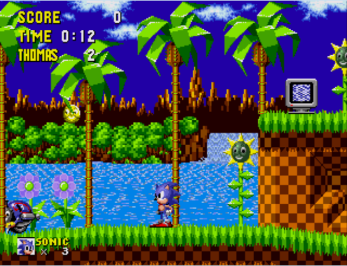 Sonic the Very Useful Engine is a ROM hack of Sonic the Hedgehog by VAdaPEGA, released in 2014. It quickly became a hit amongst the Sonic hacking community due to its quirks.

Simply put, the game is mostly unaltered... aside from the little fact that grabbing a ring (or coin, as they now appear to be) causes the Thomas the Tank Engine theme to start playing. Constantly. And there's a few other subtle alterations as well... saying anything more would spoil the surprise.