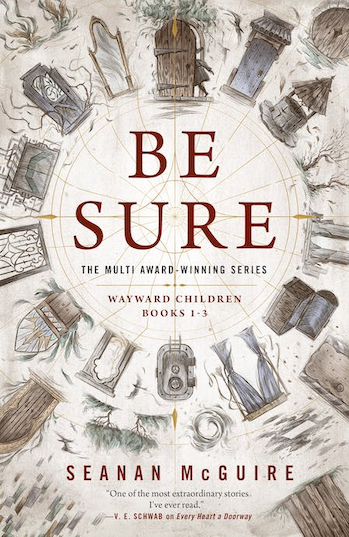 The Wayward Children series by Seanan McGuire is about the residents of Eleanor West’s Home for Wayward Children, which is a Boarding School for children who went to Magical Lands, got kicked out, and want to return.
Advertisement:

The series alternates between a present-day plot at Eleanor West's Home and flashback books that tell how residents of the Home discovered and lost their Doors.

The series also includes the short stories "Juice Like Wounds"