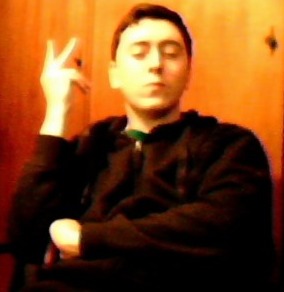 David Herbert is a comic creator, both online and in print, from Australia. Although mainly a writer, he has also dabbled in drawing his own comics and is the letterer for his print comics. His webcomics, Living with Insanity and Domain Tnemrot, have managed to gain long followings despite not being online for as long as some other webcomics, and his print comics

tend sell out at conventions.