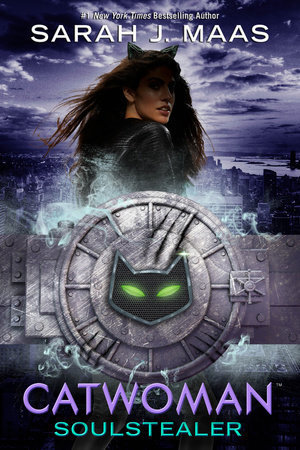 Finding friends in Poison Ivy and Harley Quinn, she plans to take on the whole city!

Meanwhile, Luke Fox, son of Lucius Fox, wants to prove to Bruce Wayne that he can handle being the only vigilante in the city. Soon, he clashes with the mysterious Catwoman and her friends.

And how is the League of Shadows involved in all of this?

The novel is part of the DC Icons series, along with Batman: Nightwalker and Wonder Woman: Warbringer.

This book has examples of the following tropes: