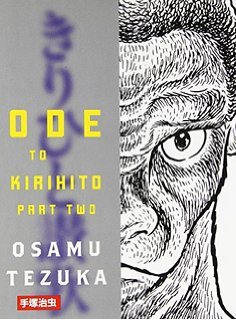 In an out-of-the-way Japanese village, there is an illness known as Monmow Disease. Its symptoms are a wide variety of very bad things: the bones begin to atrophy, the patient exhibits an extraordinarily high fever, and eventually even loses the ability to breathe. But the most curious part of Monmow Disease is its visual symptoms: the patient begins to turn into what looks like a humanoid fox. The patient's bones deform into a dog-like shape, even forming a snout, while hair starts growing all over the body, and the patient loses the ability to digest nearly anything except raw meat.

Young aspiring doctor Kirihito volunteers to go into Tokushima village to investigate this disease and, he hopes, come up with an explanation for its origin. But it turns out that he's in for an experience which is most certainly not what he was expecting.

Ode to Kirihito is a work by Osamu Tezuka with a genre bent that's rather difficult to describe. It's psychologically complex, dealing not just with Kirihito's experience with Monmow Disease, but also his friend Doctor Urabe's psychosis and deterioration without Kirihito around to help keep him grounded. It deals heavily with medical politics and intrigue as Tatsagura, their boss, tries to work his way into being elected president of the Japanese Medical Association. There's a deep religious angle as Helen Friese, a nun, is struck with the disease and must come to terms with her identity before God when she appears to the world as a monster. And Sexual Harassment and Rape Tropes? Prepare to be shocked by how many are used here.

Suffice to say, there's a lot of stuff going on here. Ode to Kirihito is one of those "artsy" manga, dealing heavily with substantive issues in a medium where even today this kind of introspection is unusual. Suggest it to friends who dismiss comics as all being something for kids. And don't forget to tell them it was written by the same guy who made Astro Boy.