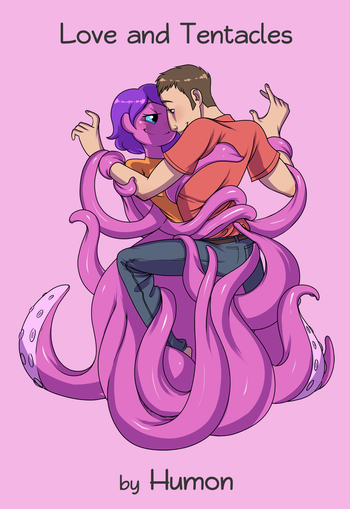 Love and Tentacles is a comic by Humon, of Niels and Scandinavia and the World fame. It takes place in an alternate universe in which humans coexist with the Tentacula, a race of, well, tentacle monsters (but don't call them that). The central characters are Tom (human) and Frida (Tentacula), a committed couple coping with the fact that their relationship challenges social norms — both the ones they encounter in public and the ones they have internalized in their own heads.
Advertisement:

The comic was discontinued due to Humon's personal loss of interest in the series.

However, Humon later decided to not only give it a proper ending but release the series collected into book form

Love and Tentacles provides examples of the following tropes: