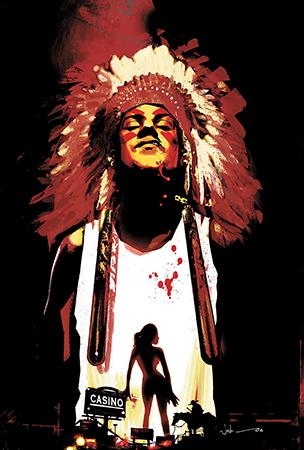 Scalped is an American comic book by Jason Aaron and R.M. Guera. The main focus is on Dashiell "Dash" Bad Horse, who left the Prairie Rose Indian Reservation as a teenager, only to come back, violently resisting all attempts at reconciling with his mother, and joining up with the police force.

Only the police force is full of dirty cops and run by Chief Red Crow, a vicious crime boss. And the Reservation (or The Rez) is a complete drug-addled gang-run hellhole.