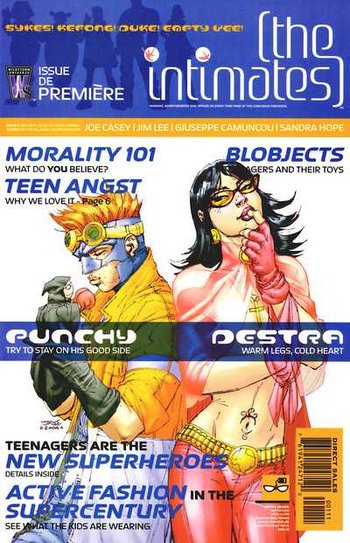 "Ed Brubaker and I were musing about the success of Marvel's Ultimate line of books and I blurted out how I wanted to create a comic book series that was the complete antithesis of the Ultimate "style." So, for me, the opposite of Ultimate...is Intimate. In other words, get ready for the Intimate Age of Comics!"
— Joe Casey

The Intimates was a short-lived Wild Storm Comics series written by Jim Lee and Joe Casey, and featuring art by Giuseppe Camuncoli. It told the story of a group of students at the Seminary, a school for superpowered kids, and was notable for having very little superhero action, instead focusing on the students' more mundane struggles.